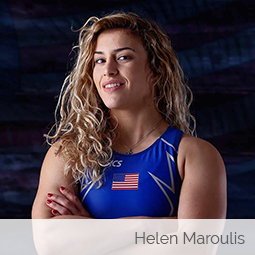 How surrender led to making history.

Today I bring you Helen Maroulis. Born and raised in Maryland, Helen won her first World Championship in women’s wrestling in 2015 by outscoring her opponents 35-0. At the 2016 Summer Olympics in Rio, Helen became the first ever American to win a gold medal in women’s freestyle wrestling at the Olympic Games. In the gold medal match, Helen defeated Saori Yoshida, a 13x world champion and 3x Olympic champion- the most successful wrestler in the history of the sport- and an opponent who’d beaten Helen twice before. Helen has truly become a legend in her own time.