They say that there are no shortcuts to success, but after years of failures, successes— and few broken bones— 4x Olympian Ruben Gonzalez discovered that there is a “shortcut” to success.

Ruben didn’t take up the sport of luge until he was 21. Against all odds, four years and a few broken bones later, he was competing in the Calgary Winter Olympics.

At the age of 47, at the Vancouver Olympics, he became the first person to ever compete in four Winter Olympics in four different decades.

Ruben is also an international bestselling author. Among his works are, “The Courage to Succeed,” “Fight for Your Dream,” and just last year, he released his first fictional book, “The Shortcut: The Fastest Way to Achieve Your Goals.”

Now, after four years, Ruben is back on the Success Through Failure podcast !

After listening to this interview, you’ll realize that you have no excuse to chase your big dream. Tune in now! 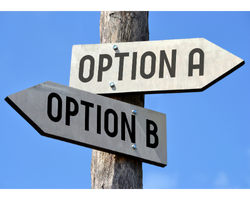 Some say, “Strike while the iron’s hot!” While others say, “Only fools rush in.” Which is which?! 😵‍💫 Do you ever get frustrated when you hear a successful person contradict what some other successful person said? Who do you believe?! While it’s nice to have multiple inspirations, the overwhelming amount of available success strategies often […]