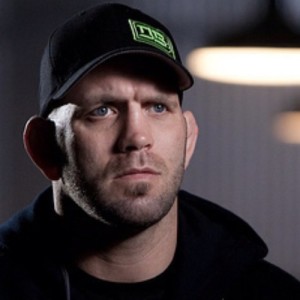 In this 17th episode of Wrestling with Greatness host Jim Harshaw interviews Matt Lindland, current USA Wrestling Greco Roman National coach, entrepreneur, whitewater rafting champion, actor, politician and UFC veteran .
Matt’s insight into success comes from his experience in multiple arenas. His methodology is clear, concise and actionable.
Here’s a little background. Matt wrestled for Clackamas Community College where he won the Junior College National Championship. He followed that with a career at Nebraska where he was ranked as high as #1 in the nation and finished the season 36-1, losing only the first round of the NCAA tournament. He then went on to an amazing senior level career winning Olympic and then World Silver medals in 2000 and 2001. For these accomplishments, Matt was inducted into the National Wrestling Hall of Fame. After wrestling, he went on to a successful MMA career winning 10 fights in the UFC. He’s also an entrepreneur. He opened Team Quest, a gym based out of Oregon, with wrestling and MMA legend Randy Couture. As a trainer and coach, he took over 20 individuals from zero fights to the UFC. As if that’s not enough, he’s a politician. He ran for the Oregon House of Representatives where he won the primary but lost narrowly in the general election. There’s a documentary about Coach Lindland’s life called “Fighting Politics.” Finally, he’s a nationally competitive whitewater rafter, having won the Western Whitewater Championship Series six times.