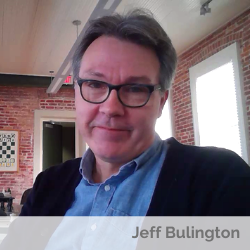 Jeff Bulington grew up on the outskirts of Toledo, Ohio and in rural Monon, Indiana. He learned to move the chess pieces from his first grade teacher in 1972, but was introduced to tournament chess by a local farmer after moving to Indiana as a junior high student. He founded his school’s first chess club. Fast forward a few decades and he’s transforming the lives of the students who society has written off. Who am I talking about? The students of Franklin County, MS.

60 Minutes described Franklin County as “the buckle of the Bible belt.  Seven thousand people live here and no one’s in a hurry. There are only two stop lights in the entire county and one elementary school.”

One local described Franklin County like this… “All the statistics, everything you look at, Mississippi is the poorest. It’s the dumbest. It’s the fattest. We know that the rest of the nation has that conception of us.”

Why did Jeff Bulington show up here to teach this community a game that most had never played and presumably wouldn’t have any interest in?

And how did he succeed in changing how young people on the fringes of society think about themselves?

If you don’t have time to listen to the entire episode or if you hear something that you like but don’t have time to write it down, be sure to grab your free copy of the Action Plan from this episode—as well as get access to action plans from EVERY episode—at http://www.JimHarshawJr.com/Action.