Today I bring you Lee Kemp. 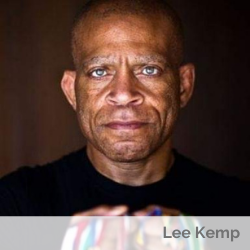 Lee is one of the greatest wrestlers in the history of the United States. He won three NCAA championships for the University of Wisconsin and three world championships, earning him a place in the National Wrestling Hall of Fame and as one of only five Americans in the International Wrestling Hall of Fame. He’s been featured in Sports Illustrated and Life Magazine and is currently the subject of a documentary scheduled to be completed in 2016.

Lee won his first world title at the age of 21 placing him among the youngest world champions in the history of the sport. He was among the athletes whose careers were impacted by politics in that he was a member of the 1980 US Olympic team that boycotted the Moscow Olympic Games.

While he was competing, he earned an MBA and subsequently continued his education by earning a Nutritional Consultant-Certification through the Global College of Natural Medicine.

He’s also an accomplished entrepreneur. He owns a nutrition company, a hiring and recruiting company and was president of a Ford dealership for over a decade. Further, he’s a keynote speaker, educator and author.

Watch the trailer to the Lee Kemp documentary:
https://leekemp.com/documentary/