Joshua Spodek, PhD, MBA, TEDx speaker, wrote the #1 bestselling Leadership Step by Step, hosts the award-winning Leadership and the Environment podcast, is a professor at NYU, writes a column for Inc., and blogs daily at joshuaspodek.com.

He holds five Ivy League degrees, including a PhD in astrophysics and an MBA from Columbia, where he studied under a Nobel Laureate.

He teaches and coaches leadership and entrepreneurship at NYU and Columbia Business School. He has spoken at Harvard, Princeton, West Point, MIT, IBM and other recognizable places.

Josh has appeared on every major network, the NY Times, Wall Street Journal, and more, he has been called “best and brightest” in Esquire’s Genius issue.

He visited North Korea twice, swam across the Hudson River, has done burpees daily since 2011 (130,000 and counting).

For those of you listening who are Pathfinders, Josh is the inventor of the SIDCHA.

I love talking to Josh so much! One of the guests I’ve really built a relationship with. He was also a guest in episode #58 and #89. 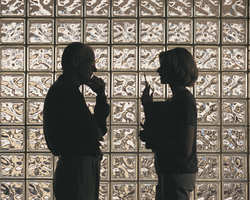 There’s an invisible force that is unconsciously controlling your life and— when harnessed right— can pave the way for every opportunity you’ve ever wanted. Listen now and let’s unleash the magic for you! As you’re reading this, you are being controlled by an invisible force. 😮 You don’t even realize this half the time, but […]