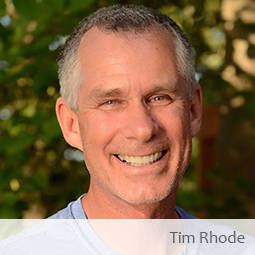 From Grocery Clerk to Passive Income Millionai. Today I bring you, Tim Rhode. Tim is the creative force behind 1lifefullylived.org. Tim got off to a slow start in life. He barely graduated from high school, and never went to college. At 25 years old, Tim was a part-time grocery clerk and painted addresses on people’s curbs just so he could buy diapers for his kids. Then he set out to dream, plan, and create his own ‘magnificent life.’ He discovered his passion for selling real estate and in 18 years he sold over 2,500 homes. He flipped some and kept others as investment properties. As his income grew, he lived small, invested his income and reinvested his profits. Tim has built his wealth and his real estate empire… he now owns a commercial real estate that provides passive income that allows him to live life on his own terms. Tim had created a vision that inspired him, he wrote a plan and he stuck to it. From his experience, he’s created 1Life Fully Lived in order to change the lives of millions of people around the world. Tim helps others dream, plan and implement their own plans for a “magnificent future”.

The path to success is riddled with risk. I invited the one and only Travis Macy to share with you true stories of success and failure and how to leverage risk for greater success. Travis Macy is a speaker, coach, professional endurance athlete, and author of “The Ultra Mindset: An Endurance Champion’s 8 Core Principles […]

How do you manage to stay on track, maintain consistency, and keep things in balance when the winds of change are always blowing. Listen in as I reveal 3 ways to manage change and stay on track in your ever-evolving world. Do you have moments in life where you feel out of rhythm? Like change […]

What does it take to be a great leader? Dr. Jim Afremow and Phil White take you inside the minds of some of the greatest leaders in history and discover how they prepare, perform, and prevail There are already hundreds of leadership experts (preaching almost the same ideas) out there, but Dr. Jim Afremow and […]

The secret to success that world-class performers swear by is basic and simple yet overlooked.  Ever since I was wrestling in college, I’ve been looking for the secret to success. I traveled to attend summer camps, trained at the Olympic training center, worked with amazing coaches. Eventually I went into coaching, then to major gift […]

One episode with Steve Sims is simply not enough! This time, Steve is back on the show to explain how something “stupid” may actually be brilliant! Ever heard of someone who’s worked with Sir Elton John or Elon Musk, sent people down to see the wreck of the Titanic on the sea bed or closed […]