When the season is just around the corner, coaches plan. They plan practices and travel schedules. They plan to peak their athletes at the right time. After the season they plan the off-season training.

The fact is you have to have a plan.

To paraphrase President Dwight Eisenhower, planning is essential but plans are useless.

You will get punched in the mouth.

Something will go wrong. You will get in an accident, lose your job, get a call from your child’s teacher, get in an argument with your wife, even lose a loved one.

And it’s going to change your plan. Rock your world. Knock you off course. 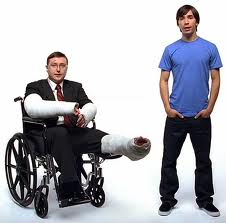 The fact is, the other guy is going to get punched in the mouth too. That successful guy that lives down the street… him. It’s very likely that you won’t know it because the grass will look greener over there but he’s also dealing with something unforeseen that knocked him down and is trying to keep him down.

So what do you do?

Because this isn’t a sports thing. It’s a life thing.

Here’s the only guaranteed way to plan for the unforeseen.

Practice saying what you’ll say to yourself when you’re down. Practice it.

Say this instead…., “I knew something like this was coming. I have to adjust. I will be successful. I will get up and be better for it. I can do this.”

Say it to yourself.

Just say it. Over and over.

Then and only then, will you believe it.

And then you will succeed.